Announcement
I am excited to announced that AiMusic Chamber Orchestra has Andrew Bernardi as our new Artistic Director.

Mr. Andrew Bernardi is an English violinist, educator and music entrepreneur. He has performed with many of the UK’s leading orchestras including Guildford Philharmonic Orchestra, the Royal Philharmonic Orchestra and The Bernardi Music Group. He is a long serving member of Professorial Staff at Trinity Laban Conservatoire of Music and Dance, from where many of his pupils have become very successful professional musicians, teachers and Arts managers. His Bernardi Music Group consists of a Professional Orchestra, Shipley Arts Festival and the Gifted and Talented String Academy. The Shipley Arts Festival has become one of the leading British Music Festival’s in Sussex and the UK. Andrew has extended the String repertoire through a series of commissions some of which have included Grammy nominated composer James Whitbourn (Stilled Voices published by Chester ), Great Hills by Cecilia McDowall ( published by OUP ), Malcolm Singer ‘The Margraves Dream’. Andrew has performed with artists as varied as Nigel Kennedy, Natalie Cole and the late Lord Menuhin, as well as being asked to play on several sound tracks including the sequel to ‘Talented Mr Ripley’. Andrew has made cameo appearances in films such as ‘Nanny McPhee’ and ‘Pride and Prejudice’. Andrew has broadcast for the BBC with Katrin Finch and Lawrence Cummings.

He was greatly inspired by teachers John Ludlow, the late CBE Hugh Bean CBE and Lord Yehudi Menuhin, and is a passionate advocate for English music. The support Andrew received from such inspirational musicians has led to a lifetime commitment to perform at the highest level and with a vision to galvanize and elevate communities through music. 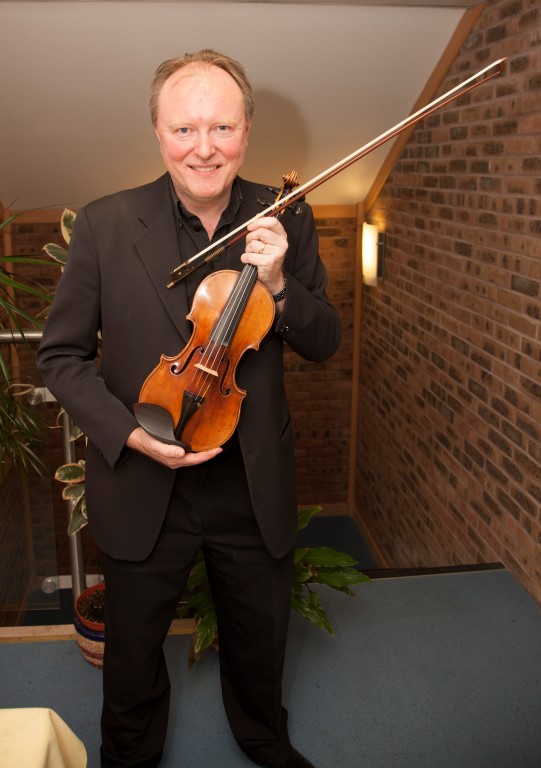